Nicknamed the City of 1,000 Trades due to its industrial heritage, Birmingham has blossomed into a vibrant city with a reputation for culinary excellence.

‘More canals than Venice’ was once the only thing of note that you could say about Birmingham. It was a sad, self-deprecating boast that summed up the city’s post-war decline. Recently however, things have changed. It’s been a remarkable turnaround for a city that now boasts the most Michelin-starred restaurants in the U.K. outside of London (four) and will proudly host the Commonwealth Games in three years.

WELCOME TO THE SECOND CITY

To know the City of 1,000 Trades is to know its heritage, which starts on the canals. These days, they’re unrecognisable from the smoky industrial heyday of the 19th century. A walk down the Gas Street Basin is one of most pleasant experiences a visitor can have in Birmingham, especially at night, when the colourful lights from the bars and restaurants of Brindley Place reflect on the calm waters of the canals.

The Library of Birmingham opened to great fanfare in 2013, and its distinctive design and spacious interior have made it a popular attraction for locals and visitors alike. The top floor offers a sweeping panorama of the city, but the real hidden gem is the Secret Garden on the seventh floor. This quiet green space offers similar views to the top floor and is a surprising, welcome retreat from the busy streets below. Discover more about the history of Birmingham at the excellent Birmingham Museum and Art Gallery, which often features special art exhibitions. For a more interactive experience about what life was like for the people who lived in the city during the Industrial Revolution, the Birmingham Back to Backs, with its well-maintained 19th-century terraced houses, is the place to go. To get an idea of the working conditions of the past, take a short walk out of the city into the handsome neighbourhood of the Jewellery Quarter. The Museum of the Jewellery Quarter is a fascinating time capsule – an immaculately preserved workshop that looks exactly as it did when the resident company ceased trading in 1981.

If the Birmingham of the past was shaped by industry, then the Birmingham of 2019 is defined by gastronomy. From award-winning fine dining restaurants such as Purnell’s through a potpourri of fabulous independents, there’s never been a better time to eat in the U.K.’s ‘Second City’. Some of the country’s most creative cooking can be found at Digbeth Dining Club. This lively street food event is held every weekend in the cultural hotspot of Digbeth, just south of the city centre.

The culinary reputation of Birmingham would be nothing, however, without the contribution of its immigrant population, who started to arrive in the city in the post-war years. Birmingham’s most famous dish, the Balti curry, was developed over 40 years ago by the local Pakistani community and is still popular today. Head to the celebrated Balti Triangle neighbourhood for some of the finest South Asian flavours anywhere in the U.K.

Located less than two kilometres from the Balti Triangle, Central Mosque has been the focal point for Birmingham’s Muslim community for over 40 years. It was the largest mosque in Western Europe when it was opened in 1975 and now welcomes visitors of all faiths who want to worship or learn more about Islam. Just south of the mosque is Cannon Hill Park. Birmingham has more green spaces than any other equivalent-sized European city, and Cannon Hill has a great community feel to it. Nature lovers can enjoy the Wildlife Conservation Park next door, but the main park is also home to an arts centre, tennis courts, crazy golf, and a boating lake. For those seeking refreshments, the cafés, restaurants and bars of the beautiful, village-like Moseley neighbourhood are only a short walk away. 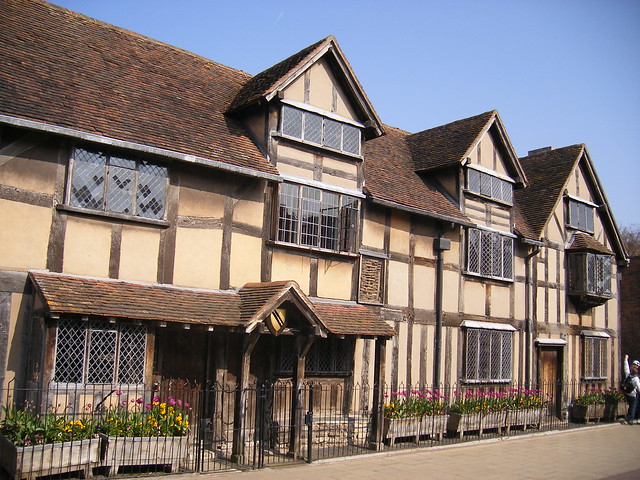 William Shakespeare is by far the most famous figure to come out of the Midlands, and a day trip to his hometown of Stratford-upon-Avon is within easy reach of Birmingham. Less than an hour by train from Moor Street Station, The Bard’s medieval hometown is compact and walkable, with pleasant streets of wooden Tudor houses and a pretty waterfront. Shakespeare’s Birthplace is the main attraction, but those looking for the full experience should head to the Royal Shakespeare Theatre to see a play in action by the world’s greatest dramatist.

CHRISTMAS IN THE CITY

Birmingham is one of the country’s premier destinations at Christmas, and its famous Frankfurt Christmas Market is the largest authentic German market outside of Germany and Austria. It is the centrepiece of the city’s festive calendar and runs until 23 December. Thousands of visitors from around the country head to Victoria Square to enjoy the traditional Christmas music and hundreds of stalls selling everything from mulled wine and German Bratwurst to local arts and crafts. 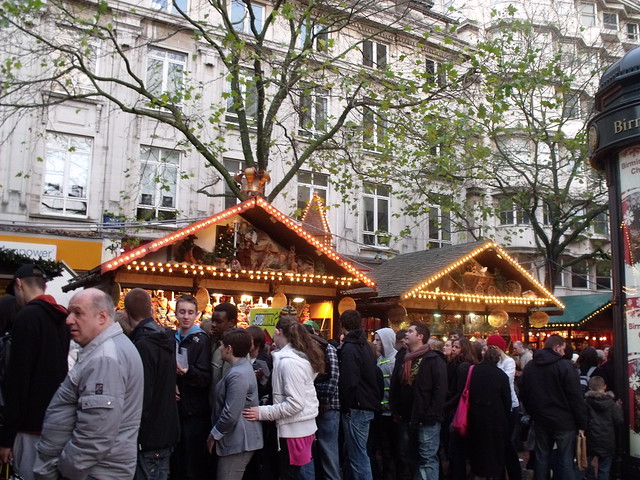 The Christmas Market extends almost the whole way down historic New Street, where the lights are at their brightest. Visitors looking to do some festive shopping should head to the famous Bullring shopping centre. Its odd, bulbous shape is not to everyone’s taste, but it’s certainly unique and has become an iconic part of the Birmingham skyline.

Birmingham is also home to The Electric, the U.K.’s oldest working cinema. Dating from 1909, it is particularly special at Christmas when it shows classic festive films and runs special theme nights accompanied by seasonal food and drink.

Birmingham has plenty of hotel choices for all kinds of travellers. The French-inspired Hotel du Vin is a luxurious and wonderfully located option in the city centre. The Jewellery Quarter’s Bloc Hotel is cheaper, and its rooms are chic and perfectly formed. It’s also a stone’s throw from the elegant Georgian setting of St Paul’s Square, where some of the best bars and restaurants can be found.

Birmingham’s wildly creative independent food scene is one of the biggest reasons to visit the city. Visitors should download the Independent Birmingham App for discounts at over 110 independent cafés, bars, restaurants, theatres and experiences, and an interactive map on where to find them.

Get Out Of The City

Birmingham is a big city of over one million people, but its centre (known locally as ‘town’) is surprisingly small and walkable. Two of its most exciting neighbourhoods, Digbeth and the Jewellery Quarter, are within a 10-minute walk of the city centre.

There are multiple train options from London to Birmingham, but for the most value for money, take the Chiltern Line train from London Marylebone. It’s around 30 minutes slower than the Virgin train from Euston, but tickets can often be incredibly cheap. Off-peak tickets to Birmingham, if booked in advance, can be bought for as little as £5.50 (RM30).