This laidback northern Malaysian town of many firsts is charming with its heritage buildings and rich history set against rolling green hills and still lakes. Much of Taiping’s heritage sites are tied to the town’s status as one of the early administrative capitals for Malaysia’s northern state of Perak, before it was replaced by Ipoh in 1937. Take the Heritage Trail, a self-guided tour comprising about 40 buildings and landmarks to see these sites. While some buildings have seen better days – some are being restored – their Victorian, colonial or pre-war Malayan architecture offers a glimpse into history. 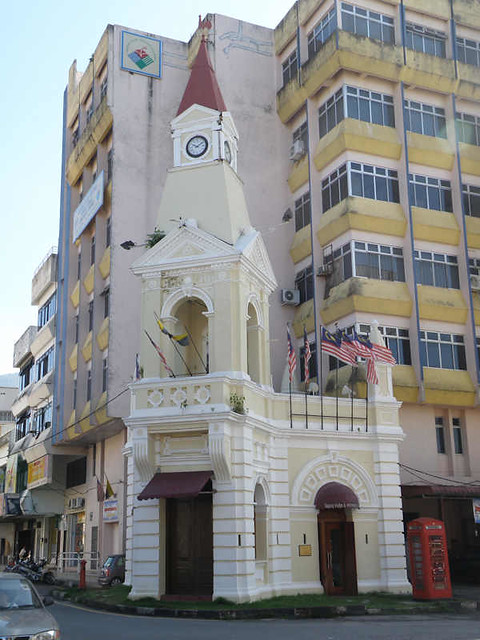 First off, the Taiping Clock Tower at Jalan Kota (pick up the heritage trail map at the tourist information centre inside), the old railway station next to the new one built in 2014 (the first railway line ran from Taiping to Port Weld), Perak Museum (the oldest in Malaysia) and the first detention complex, Taiping Prison (still in use, it can only be viewed from outside, but you can pop into the gift shop and gallery across the road).

Visit the Telegraph Museum, housed in Malaysia’s first Post and Telegraph office, then grab a bite at the kopitiam (coffee shop) of Peace Hotel while appreciating the elaborate pre-war shophouse and its ornate Peranakan tiles inside. The buildings accommodating the Larut, Matang & Selama District Office and the two schools, St George’s Institution and King Edward VII School, are well-maintained.

Taiping’s Lake Gardens is one of the oldest public gardens in Malaysia, with lakes and ponds converted from abandoned tin mining ground. The 67-hectare park is particularly picturesque where century-old rain trees arch towards the lake and their branches appear to dip into the water, forming a natural shady canopy over the road.

Located within the park, the Taiping Zoo and Night Safari can be enjoyed during the day; alternatively, return in the evening for a nocturnal visit. Make a brief stop at the War Cemetery, where Commonwealth/Allied soldiers killed during World War II in Malaya were laid to rest.

After a hot day, cool off at the Coronation Swimming Pool. The man-made pool at the foothill of Bukit Larut is fed with natural unchlorinated water from a stream. Or head to Burmese Pool, a swimming hole that is part of a fast-flowing stream in nearby Taman Sentosa.

JEEPERS! WHAT A RIDE!

For nature lovers, head up Bukit Larut (formerly named Maxwell Hill), the country’s first and smallest hill station, situated along the Bintang Highlands, where the British went to escape the sweltering heat. At 1,250 metres above sea level, the only transport allowed is by government-owned 4WD jeeps, or Land Rovers to be exact. Tickets can only be bought from the base station – go early as they are limited to 200 per day. You can also hike up the hill via a jungle trail or walk along the 13-kilometre road but watch out for the Land Rovers as they whizz around the 72 hairpin bends. Bungalows and chalets on the hill resort are available for overnight stays.

Just outside Taiping lies Kuala Sepetang. Previously called Port Weld, it was the first port to be established but is now a fishing village where mangrove swamps, a charcoal factory and boat rides are attractions on their own. At the Matang Mangrove Forest Reserve, a network of boardwalks allows you to walk through portions of the 40,000 hectares, but access may be limited due to ongoing repair works on the wooden walkways. The forest is managed to also allow the sustainable harvesting of mangrove wood for charcoal production the traditional way. Visit the Charcoal Factory Kuala Sepetang for a tour that takes in how the logs are brought in by boats, to the firing process in the beehive-shaped kilns.

Get a boat ride on the Sepetang River to view fish and cockle farms, for eagle and dolphin watching and after dusk, fireflies. Kuala Sepetang has several seafood restaurants, but on the way in, stop for seafood porridge served in claypots at Light House Seafood Restaurant in Matang or the popular Mee Udang Mak Jah stall offering prawn noodles.

At the Larut Matang Hawker Centre on Jalan Panggung Wayang, order Taiping’s unique Fish Ball Kway Teow; the flat rice noodles are fried with fish balls, fishcake slices and char siew. There is a vast variety of stalls, including one selling a plethora of nyonya kuih. Be sure to try a unique mixture of Milo and coffee called hor ka sai.

Also popular is Hua Soon’s Fireworks Char Kway Teow in Simpang. Open only in the evening, the cook’s fanning of the flames from the charcoal stove sets off spectacular sparks around the wok, hence the “fireworks”.

Chill out with cendol at either Ansari or Bismillah, where the green jelly shaved ice dessert can be ordered with options to add red beans and/or pulut (glutinous rice). The competing outlets (established in 1940, Ansari is the older of the two) are also known for their pasembor (Indian-style rojak). Drop by the 100-year-old Ipoh Bakery for old-style buns, buttery cakes and pre-ordered 3D fondant iced cakes (their Barbie doll cakes are works of art). If you fancy coffee with history, head to Antong (Aun Tong) Coffee Mill for a tour on how Malaysian-style coffee is brewed, from the roasting of the beans over a wood fire to grinding and finally, sampling. The company office was reportedly the residence of Chen Cuifen, a companion of China’s first president, Dr Sun Yat-Sen, and where he stayed when in Taiping.

Accommodation abounds, from hotels such as Novotel to the quirky Happy 8 Retreat @ Kuala Sepetang. In town, Peking Hotel, recently refurbished, is listed on the Heritage Trail. Built in 1929, it once housed the Rubber Association and was also used by the Japanese military police during their Occupation of Malaya.

Originally named Klian Pauh, the town has a violent past, with Chinese triad gangs fighting for control of its rich tin deposits, compounded by clashes between rival factions within the Malay state royalty. The British intervened and forced a treaty in 1874 that divided up the tin mines and led to British administration of the state. The town was renamed Taiping, which means ‘everlasting peace’ in Mandarin.

Schedule your outdoor activities for the morning as it rains almost every afternoon, giving Taiping the title of the wettest town in the peninsular. A unique and popular activity in the past was rain betting. Held at the 135-year old Taiping Central Market, the bets take all forms, from when the rain starts or stops to the number of times in a day it would rain, and even the volume of precipitation!

The foothills of the Bintang Highlands are a rich underground water source for natural mineral water company Spritzer. The Spritzer EcoPark, an outdoor family entertainment park, is situated near the factory.