Behind its façade of a high-rise, industrial city, China’s Fuzhou in Fujian province hides hidden gems and a fascinating history.

While most of the centre of this city of seven million people is made up of skyscrapers and shiny new malls, there are two islands of tradition and trees right at its heart. Located behind the statue of Chairman Mao at the north side of the central Wuyi Square are the tranquil, wooded slopes of Yu Shan. From the beautifully restored Qing-dynasty White Pagoda at its base, winding paths lead up through the trees to the peak of this 58-metre-high hill park past tiny Taoist and Buddhist temples and halls. It’s also a great place to experience Chinese culture, and its greenery and peaceful atmosphere bring locals here to exercise, perform traditional music, practise Tai Chi and play Chinese chess. 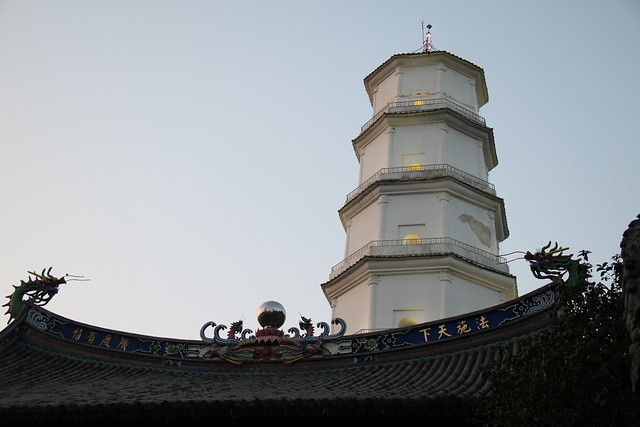 Just a few blocks west, you can climb the second downtown mountain of Wu Shan. Somewhat more developed for tourists and pilgrims as there are many Taoist temples located here, this slightly higher peak is far more landscaped than Yu Shan. Don’t miss the Song-dynasty Black Pagoda here, often called the “Leaning Tower of Fuzhou”, and now supported by bamboo struts as it mimics its more famous cousin in Pisa. 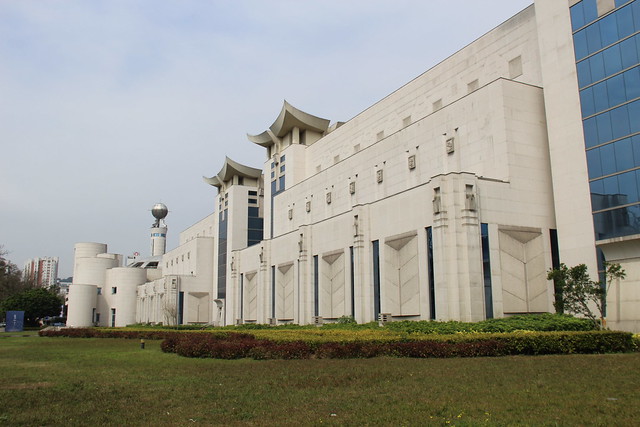 The best place to learn about local history is the Fujian Museum within the Xi Hu Park, though remember to get the English audio guide as many exhibits aren’t captioned in English. Here you can learn of Zheng He, the most famous Chinese explorer of all time, whose home port was Fuzhou. Born a Muslim in landlocked Yunnan during the early Ming Dynasty, he was made a eunuch as a child but went on to become a mariner, diplomat, fleet admiral and, most famously, an explorer. At the beginning of the 15th century, he led seven naval expeditions that took him to Borneo, Java, India, Sri Lanka, Arabia and the Horn of Africa.

The other notable from Fuzhou is Lin Zexu, the Qing-dynasty official whose opposition to foreign opium imports and burning of thousands of chests of the drug sparked the first Opium War with European powers. He is also commemorated in the attractive complex of finely decorated halls and courtyards of the Lin Zexu Memorial Hall, just north of Wu Shan, where you can learn about this historically important national hero.

There are several large parks in the centre of the city that provide relief from the city’s traffic and noise. The most famous is at Xi Hu, or West Lake Park, one of the oldest lake parks in China, whose landscape of temples, pagodas and pavilions nestling amid the willows by the water was laid out during the Qing dynasty. Its meandering paths, stone bridges and causeways certainly deserve a few hours of wandering, as within the park, you’ll also find museums and art galleries, including the Fujian Museum, which has a fine dinosaur exhibition in its Natural History Building.

Also popular with kids is Panda World, a small group of enclosures southwest of the lake, where you can see both Great and the smaller Red Pandas; it is one of the best places to observe the shy animals, especially if you go mid-week when there are few other visitors. Somewhat newer is the enormous riverside Minjiang Park that stretches for over three kilometres either side of the Minjiang North Port River, with the north bank featuring a well-developed chain of zones with beaches, gardens and outdoor exhibits such as the two-kilometre-long gallery that charts the history of Fuzhou using cameo statues. It’s also immensely popular with locals who come here to exercise, dance and fly kites, thanks to the breezes with which the area is blessed, offering an escape from the heat of the city during hot summers. The south bank of the park is far less developed and much more peaceful, with most of the area allowed to remain in its natural forested state with few artificial landscapes and fewer visitors.

Just eight kilometres east of downtown, Gu Shan, or Drum Hill, is probably the most famous tourist site in Fuzhou. Named after the drum-shaped rock formations near its 925-metre-high peak, it is a well-established Buddhist holy place. More than 2,000 rock steps lead up to the top, flanked by ancient stone inscriptions as the path passes by verdant tea plantations, picturesque waterfalls, legendary caves, sprawling ancient trees and seven neat Buddhist pavilions. At the top, you can find the grand complex of Yongquan Temple, whose colourful, ornate buildings once housed more than a thousand monks. The views from the top are, of course, superb and can also be enjoyed by going up on the spectacular cable car ride.

Located in the northern suburbs of the city, the Fuzhou National Forest Park is a world away, with its tranquil wooded hills interspersed with babbling streams, lakes and pools, one of which features a sprawling thousand-year-old banyan tree. With more than 2,500 species of trees from around the world, it is never short on colour, and all the trees make it a natural “oxygen bar”, while its geography gives it a microclimate that is milder in winter and cooler in summer than the city below.

For souvenir hunters, the Three Lanes and Seven Alleys district is the heavily restored historical heart of the city that flanks Nanohou Street, lined by shops selling famous local crafts, such as the colourful (and light) Fujian bodiless lacquerware or fine Shoushan alabaster carvings, most usually made into “chops” (stamps), though you can buy small statues as well. There are hundreds of well-maintained Tang and Song dynasty residences, many of which can be entered, while some are restaurants where you can try local delicacies. Fuzhou cuisine is famous for seafood dishes such yu wan fishball soup, though the sweet lichi pork is also popular. For more modern tastes, try the splendid Wanda Plaza on Aofeng Road, which offers a wide range of international-brand shops and restaurants.

Just an hour away by train, Quanzhou is another ancient port city, featuring many splendid temples, as well as one of the oldest and largest (though now ruined) mosques in China. Just south, Xiamen is immensely popular with tourists due to its well-preserved 19th-century French colonial buildings on Gulangyu Island and the chance to peer at Taiwan through binoculars. Fujian’s most popular scenic area, Wuyi Shan, lies four to five hours north of Fuzhou by train; as well as being the home of Oolong tea, it offers many fine trails amid its 36 peaks.