Actors are not the only ones who enjoy fame after being featured in a movie. Here is a list of places that made a great impression on audiences and boosted tourism for the countries.

Indiana Jones and The Last Crusade

It is perhaps the most famous scene in Indiana Jones and The Last Crusade where Indy (as the beloved archaeologist is affectionately known) rides his horse through a sandstone canyon and arrives at The Treasury in search of the Holy Grail. Located in the 2000-year old ancient city of Petra in Jordan, only the façade of The Treasury (or Al-Khazneh in Arabic) was used in the film to depict the entrance to the temple where the Holy Grail is. The interior of the temple was actually built in a film studio.

It is said to be originally built as a mausoleum and crypt in the 1st century AD, which explains the various mythological figures associated with the afterlife featured at the entrance, including the twins Castor and Pollux, said to live partly in Olympus and partly in the underworld. In the 19th century, the Bedouins named it Al-Khazneh, because they believed it contained treasures according to one legend. While there isn’t much of an interior for visitors to play make believe and be Indiana Jones, they can recreate the ride through the sandstone canyon known as siq – the dark and narrow gorge that leads to the beautiful ruins of Petra.

At Luke Skywalker’s subterranean home on planet Tatooine where he was raised by his uncle and aunt, we see the young jedi-to-be going about his chores and sitting with his family for a meal – which is actually the Hotel Sidi Driss in Matmata, Tunisia. It is said to be originally built between 264 and 146BC by the Berbers, an ethnic group, indigenous to North Africa as their living quarters. Centuries later, it was converted to a hotel and chosen by director George Lucas to film the interiors of Luke’s childhood home in A New Hope. As the story goes, most of the Star Wars movie set decorations were removed after filming, but were restored to film Attack of the Clones in 2000 – and still remains till today. The hotel consists of four pits with 20 rooms for lodging while the fifth pit is the hotel’s restaurant, which was the Lars family dining room. In case you’re wondering where the noticeably missing igloo exterior of Luke’s home is? You can find it 300 kilometres away at Chott El Jerid, a dried-up salt lake where it still stands after it was rebuilt for Attack of the Clones and restored by a fan, years later. 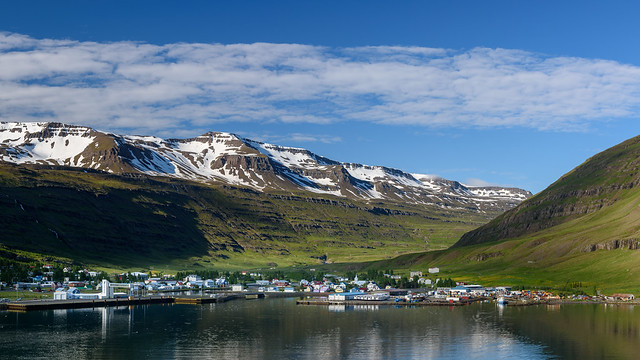 The Secret Life of Walter Mitty

Iceland already seemed like a different world before ‘The Secret Life of Walter Mitty’ but audiences got to see it for themselves when the movie came out. Actor Ben Stiller who played the main character talked about how the country seems to have a different energy that complemented the story of a day-dreamer who escapes his ineffectual life and disappears into a world of fantasies filled with romance, action and heroism. From the scene where Walter longboards down the winding road surrounded by majestic mountains in the quaint town, Seydisfjordur to Grundarfjorour where Walter grabs a bikes and cycles down what seems like an endless road in search of photographer Sean O’Connell, the breathtaking landscapes of the country is a sight to behold. There is also Stykkishólmur, the beautiful town surrounded by ice, water and mountains where Walter sings karaoke with the drunk pilot before jumping into an helicopter with him, and Vatnajokull, the national park with the largest glacier in Europe, which makes up eight percent of Iceland’s landmass.

The Lord of the Rings Trilogy

To anyone who has watched Lord of the Rings, New Zealand is Middle Earth. Once best known for having more cattle than humans, director Peter Jackson helped change that narrative when he chose New Zealand to capture Middle Earth, as described by Tolkien in his novel. Since the movies, the country has become a top tourist destination, attracting thousands of visitors who were mesmerised by the vast, unspoiled nature, stunning mountain ranges and dramatic cliffs on the big screen. A visit to New Zealand is not complete without a LOTR site visit tour including one of the most popular spots – Hobbiton, or the home of the hobbits, located in Matamata. The Hobbit village, which was built for the movie, still stands today, and visitors can stay overnight at the Green Dragon Inn or eat at The Shire’s Rest café. Other stops on the tour include Harcourt Park, which was the setting for the Gardens of Isengard, Kaitoke Regional Park which was used for Rivendell, Mount Ngauruhoe and Ruapehu volcana which depicted Mount Doom or Mordor, and many more. Who can forget Lara Croft racing through the jungles of Siem Reap in a four-wheel drive when she comes upon part of the abandoned temple ruins of Angkor Wat?  Shot at parts of the world heritage site, namely Bayon Temple where the many smiling faces are carved into the rocks within the ancient city of Angkor Thom and Ta Prohm, the 12th century temple is where Croft played by Angeline Jolie slid down roots of the banyan tree growing next to the doorway to the tomb. Made famous by the movie, Angkor Wat is actually a large network of temples built during the Khmer Empire between 9th and 13th century and is known as one of the largest religious monuments in the world. Since the movie, it has attracted millions of visitors and requests for tuk-tuk drivers to take them to the Tomb Raider temple.

The Sound of Music

It is more than the hills that are alive with music at Salzburg. While a lot of the interior shots were filmed in a movie studio and some castles, filmmakers used a generous number of the city’s picturesque locations for its aerial, exterior and outdoor shots to tell the story of the real-life Von Trapp family who actually lived there. Explore the Mirabell Gardens with the fountain and statues – where Maria and the children sing Do-Re-Mi and where they also hop on the flight of stairs to the song Nonnberg Convent or Maria’s Abbey, before she leaves to work for the Von Trapp family.Then, visit the gazebo in the gardens of Schloss Hellbrunn where Liesel and Rolf sing Sixteen Going On Seventeen and many more. Even more than 50 years after the film’s release, Sound of Music tours are still available in Salzburg today.

It could be the most famous park bench in the world, where the lovable Forrest Gump parked himself and uttered one of the most iconic lines in cinema: “Life is like a box of chocolates”, as he began narrating his extraordinary life story. Filmed in Chippewa Square in the historic city of Savannah, Georgia, it is interesting to note that the park bench is actually a movie prop that now sits in the Savannah History Museum. In place of the park bench is now a signboard that says “Chippewa Square”, which still attracts as many tourists looking to photograph themselves in the spot where Forrest Gump once sat under the moss-draped trees.

Fans of Harry Potter will remember the scene where the famous boy wizard runs toward “Platform 9 ¾”, steering the luggage trolley with his owl Hedwig into what seemed like a brick wall, before crossing over into a mystical realm where the Hogwarts Express was preparing to transport students to the school of witchcraft and wizardry. Though it’s a fictional platform based on the actual King’s Cross Railway Station, visitors will find the not-so-secret Platform  ¾ at the station in London complete with a luggage trolley half way into the wall, which is now a popular hotspot for photo opportunities.